The Lance & Laser mistress race trolls from Lance & Laser look great, sadly the same blueprint was used for all other troll races as well, all the L&L trolls have the long snout, even the trollkin.  In that respect Mad Knight Casting did a much better job making miniatures that look like the Troll Types Explored page in Trollpak.  Still, it's not a real problem, as so often more miniatures is a good thing, it means variety, and with about 30 trollkin you can't go wrong!
Geen opmerkingen:

Here's the setup I use to be able to make a decent picture of a miniature within 3 minutes, 2 of which as needed for setting up and breaking up.


Here is another dark troll finished, next up are some Lance and Lasers I have to finish up, and then it's time for a bit of Mad Knight goodness, I think I'm gonna start with the cannibal cult.
Geen opmerkingen: 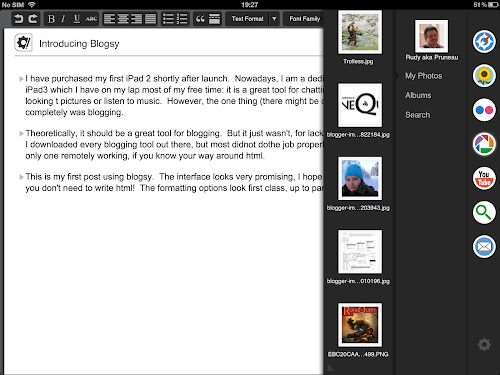 I have purchased my first iPad 2 shortly after launch. Nowadays, I am a dedicated iPad user and I own a iPad3 which I have on my lap most of my free time: it is a great tool for chatting, browsing, reading fori, looking to pictures or listen to music. However, the one thing (there might be others) the iPad sucked at completely was blogging.

Theoretically, it should be a great tool for blogging. But it just wasn't, for lack of decent application. So far, I downloaded every blogging tool out there, but most didnot dothe job properly. The blogger app itself is the only one remotely working, if you know your way around html.

This is my first post using blogsy. The interface looks very promising, I hope the app lives up to it. At least you don't need to write html! The formatting options look first class, up to par with the blogger flash app.

Female troll about to split skulls


This week I almost finished 7 miniatures, mostly trolls, but this is the only one I actually, completely finished -unless I briefly go back to it- including base flocking and retouching. I like the statures of the otherworld figures quite well, and since there is no thing like too many Uz, I bought the lot, and they are slowly getting painted, so I can finally start painting the brilliant Mad Knight Glorantha stuff that I started basing and prepping last week! 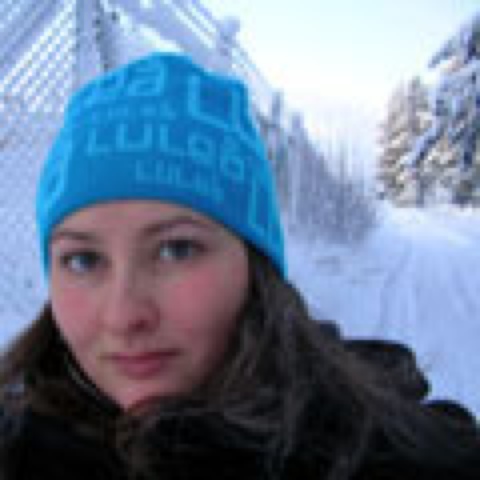 The Authors of the new and acclaimed RuneQuest 6 rulebook answering questions about RQ6, Anathaym, and female stereotypes in the rpg hobby on the gamingaswomen blog.

These are a few of my favourite things

On rpg.net today: What's your favourite things about Runequest 6?
I have a long list of favourites, but to mention the most important ones:

Streamlined character generation: it goes a lot faster now and players need no handholding
Finally the perfect approach to healing, both natural and magical!
Passive blocking: an answer to the question: where is that shield?
Special effects v2: a great system, now with maturity
Animism: the next step after the RAW and the S&P articles

There's a lot more I'm still discovering, and I'm gonna wait before writing a review until I have had the chance to really test all the new rules in a few sessions, but as you can tell I'm really happy with the new incarnation!
Geen opmerkingen:

Yesterday morning the latest incarnation of RuneQuest 6 was released by The Design Mechanism. I have preordered the printed version and was able to download the pdf straight away. At first glance, the new rulebook looks tremendous. Very little errors found so far, excellent production, clean lay-out, a very readable tome it has become.

Upon further inspection, it becomes apparent that some chapters are very similar to MRQ 2, others have been completely rewritten. The most obvious novelty is the Magic chapter. The rulebook describes 5 magic systems, with new skills, allowing GMs to cater to every game world they want. The combat changes are less obvious, although the veteran will notice the new special effects, the next version of the Combat Manoeuvers introduced in MRQ 2.

But even in the chapters where changes are not immediately obvious, after through reading a lot of under the surface streamlining becomes apparent. One example is how character generation careers are no longer a complicated list of 5% and 10% increases,always a tedious moment during chargen, instead the player chooses 3 skills and distributes skill points, making matters a lot more simple.

Another example of increased ergonomy is the brilliant help sheet showing new players how to proceed, allowing the GM to handle other matters. Once I return home from holiday, I'll put the combat rules to the test, especially the optional miniature rules, but my first impression is positive: this looks like the RuneQuest version to rule all others! 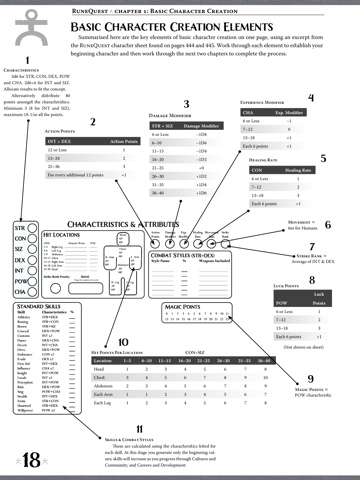